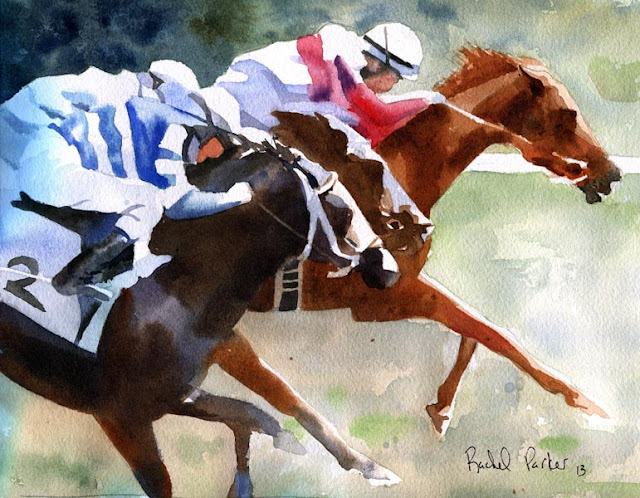 Part of the fun of painting is the opportunity to get a glimpse into other people's lives, and have a share in it, even if for a short while.  My relationship with the future owner of this painting, Doug, began several years ago when he contacted me to do the first painting of his winning horse, Sassy.  Not normally a gambling man, Doug was desperate; his daughter was ill and he faced mounting medical bills that he had no way of paying.  After much research, he took his last bit of savings and bet it all on the chestnut you see in the painting above.  She won and Doug was able to pay his daughter's medical bills.  Sassy was their hero.

A couple years later I received a surprise email from Doug again.  He shared that he had found out that Sassy was up for auction, and not the good kind either.  After a bit of a bidding war, he bought Sassy and saved her from certain death.  Now they were mutual heroes!  I love to tell this story and I love to be a part of it, even if in a small way, by commemorating Sassy and her amazing story through my art.  I hope you enjoy the painting!
Posted by RachelParker at 8:29 AM 6 comments:

This is a new painting I did of a picture I fell in love with on Facebook. I love the delicate look in this kitty's eyes. 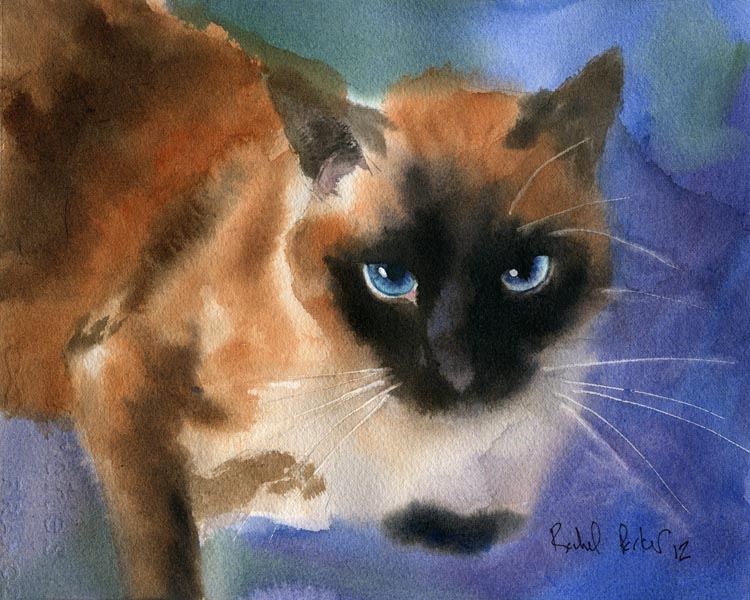 This is available on my website by clicking here. Be sure to contact me if you want a different size or would prefer a giclée. 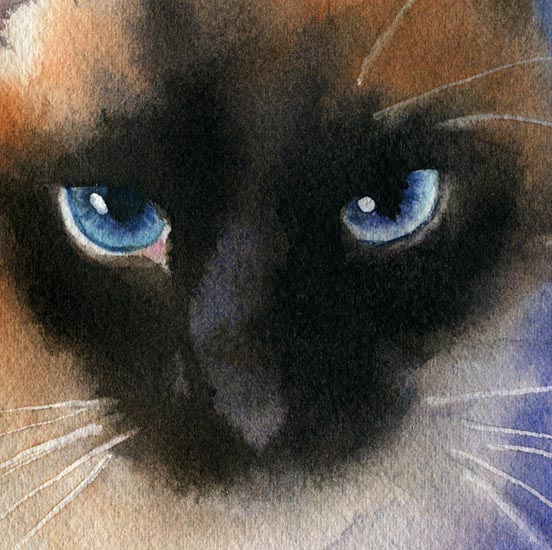 Posted by RachelParker at 1:09 PM 4 comments:

March 23-24 I'll be participating in Open Studios, an event hosted by 701 Center for Contemporary Art  in Columbia SC.  The event is free to the public and is a great way to get to know local artists, who will be opening their studio spaces (including me).  Come visit! 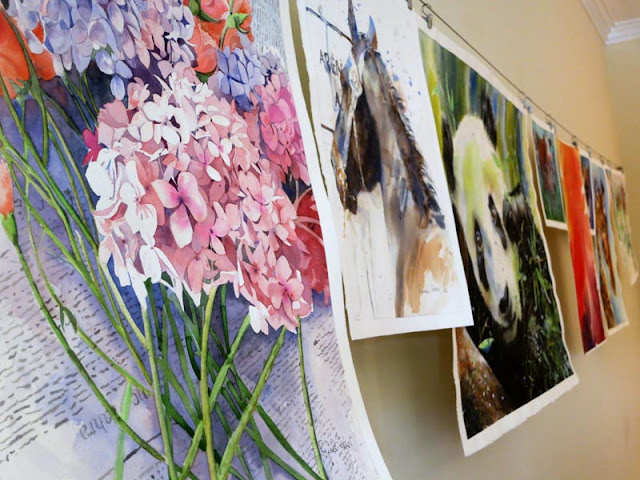 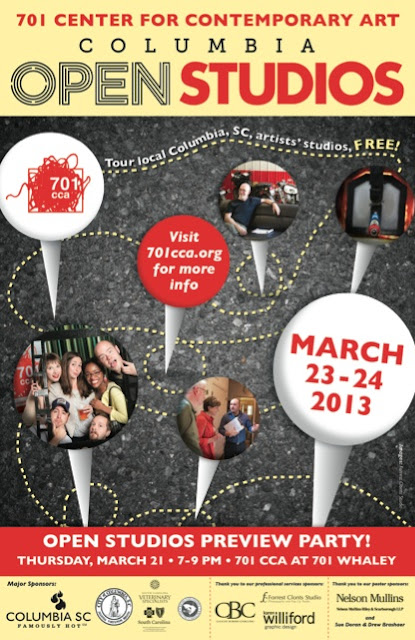 DATE AND TIMEThe event is from 10am - 6pm on Saturday, March 23 & 12pm-6pm on Sunday, March 24.PRICEThis event is free for the public.You can also download the entire guide off the 701 CCA website so you can plan your route for visiting the other artists' studios that strike your interest: http://www.701cca.org/2013-columbia-open-studios-guide/  For any other FAQ about 701 CCA Columbia Open Studios, visit:http://www.columbiaopenstudios.org Spread the word! Invite your friends to the Facebook events!Columbia Open Studios Preview Party, March 21:http://www.facebook.com/events/453444471364782/ Columbia Open Studios, March 23-24:http://www.facebook.com/events/160212477450109/Hope to see everyone there!Online INFORMATION 701 CCA Open Studios Website w/guide and map: http://www.columbiaopenstudios.org/ Online Interactive Map: http://www.701cca.org/map-columbia-open-studios-2013 Online Program Guide: http://www.701cca.org/2013-columbia-open-studios-guide 701 CCA Facebook Page: https://www.facebook.com/701CCA Twitter Handle: @701cca

Posted by RachelParker at 6:43 PM 4 comments:

Here's a commission I just finished.  I love how the eyes came out!  If you'd like to purchase a print, click here. 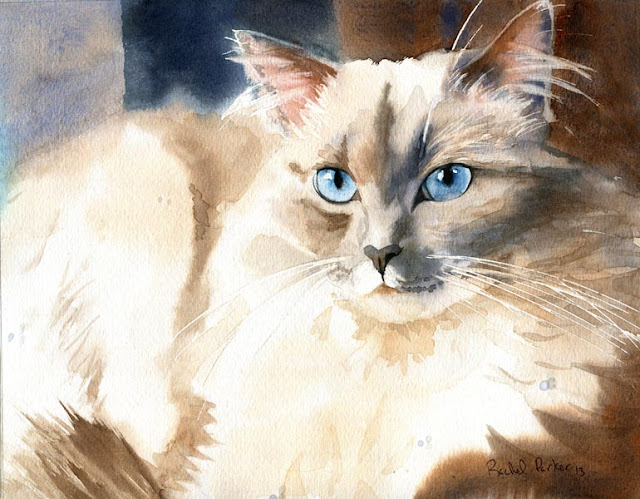 Posted by RachelParker at 6:35 PM 2 comments: